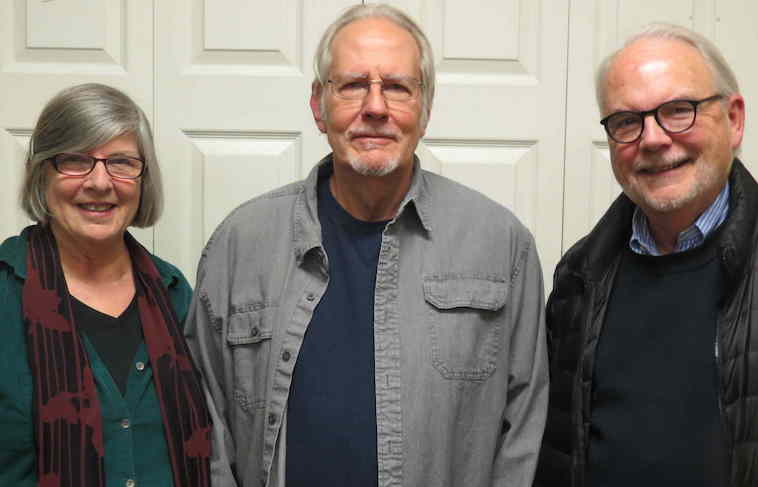 Thorne Dreyer's guest on Rag Radio is Dr. Don Carleton, executive director of the Dolph Briscoe Center for American History at The University of Texas at Austin.  Carleton has held that title since the preeminent history research center opened in 1991. Joining Dreyer in the interview is Rag Radio's Alice Embree. The Briscoe Center's archival, artifact, and library collections contain historical treasures documenting key themes in Texas and U.S. history. On the show we'll discuss Don's unique personal history working with major research institutions. We'll talk about things like the special value of news media, photojournalism, and documentary photography in providing "historical evidence," and we'll discuss some notable Briscoe collections including those of Walter Cronkite, Dan Rather, John Henry Faulk, Dr. James Farmer, and Abbie Hoffman -- for a few. From 1979 until 1991, Dr. Carleton headed UT's Eugene C. Barker Texas History Center. After earning a doctorate in U.S. history, Don was founding director of the Houston Metropolitan Research Center where he established The Houston Review: A Journal of History and Culture of the Gulf Coast. Carleton's books include the award-winning Red Scare, A Breed So Rare about liberal Texas Oil Man J.R. Parten, and his most recent, Conversations with Cronkite.
Photo above: From left, Alice Embree, Thorne Dreyer, and Don Carleton. Photo by Roger Baker / Rag Radio. Rag Radio is produced in the studios of KOOP 91.7-FM, an all-volunteer, cooperatively-run, solar powered community radio station in Austin, Texas, in association with The Rag Blog and the New Journalism Project, a Texas 501(c)(3) nonprofit. It is streamed live on the Internet at KOOP.org and Radio Free America. The host and producer of Rag Radio, Thorne Dreyer, is a prominent Austin-based activist and writer who was a pioneer of the ’60s underground press movement. The show’s engineer and co-producer is Tracey Schulz and the staff photographer is Roger Baker; Suzy Shelor is Rag Radio associate; Alice Embree is guest host; and Glenn Smith is our political analyst. The syndicated show is broadcast (and streamed) live Fridays, 2-3 p.m. Central) on KOOP, and is later rebroadcast and streamed on WFTE-FM in Mt. Cobb and Scranton, PA., on Houston Pacifica's KPFT HD-3 90.1, by KKRN, 88.5-FM in Round Mountain, CA, and at WALHRadio.com in Wilmington, OH -- and as a featured podcast at Veterans Today. Learn more about Rag Radio here.